May 02, 2016
I just laid it all out there. I hadn't woken up and gone to a communication and teaching conference thinking that I was going to be so vulnerable with my colleagues, but when we were asked to give a 2 minute talk on any topic of our choice, I knew I had my topic. "NO LIMITS." 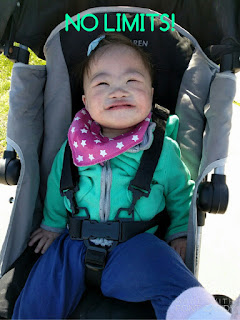 Here are some great resources for further information:
My Child Without Limits
National Down Syndrome Society brochure for expectant parents