Evie's First Trip to the Aquarium

September 01, 2015
Grandpa and Grandma are here!  Evie calls her daddy's parents Ya-Ya and Ying-Ying.  They are of Toisanese descent.  Evie calls (well, she WILL call) my parents Ah-Gong and Ah-ma.  They are Taiwanese.  That makes Evie "Toiwanese"... 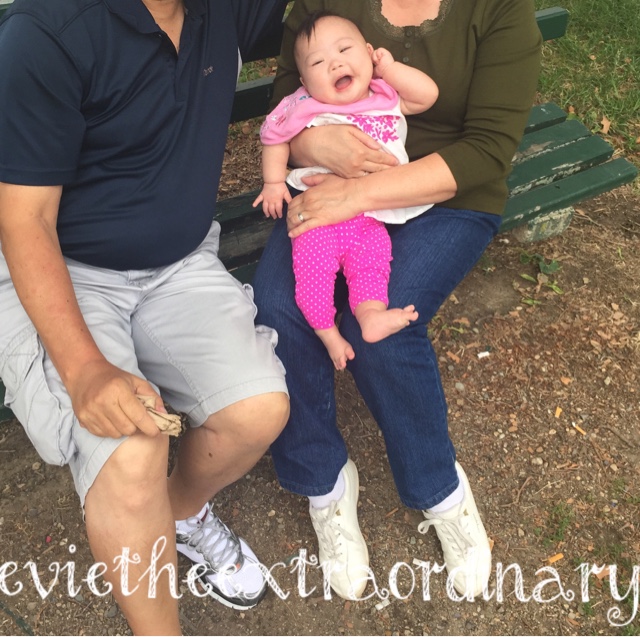 Last weekend, we went to the New England Aquarium.  Evie was sleeping when we arrived. When she woke up, she found herself in a dark building that had lots of glass and water and lights shining on funny things that swam around.  I think she liked it at first, but then it was just noisy and humid in the the end. Ya-Ya, Ying-Ying, and Mommy got some nice pictures though! 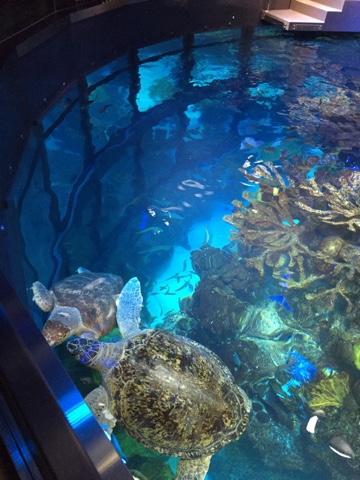 Evie says, Mommy, why do you keep making me look at those black and white birds? 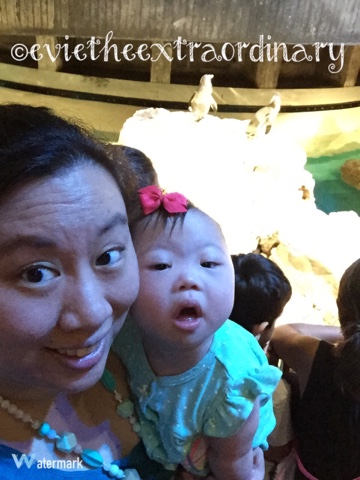 The starfish wanted to take a picture with Evie, but Evie kept snoozing. 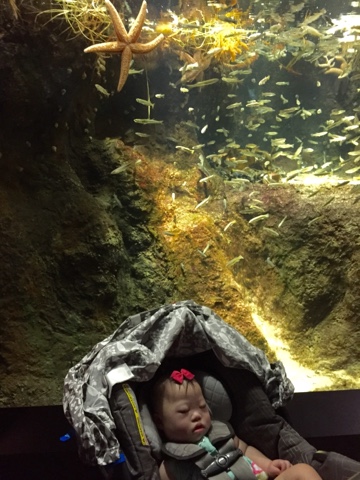 Evie was not impressed by the big fish. She stared him down. 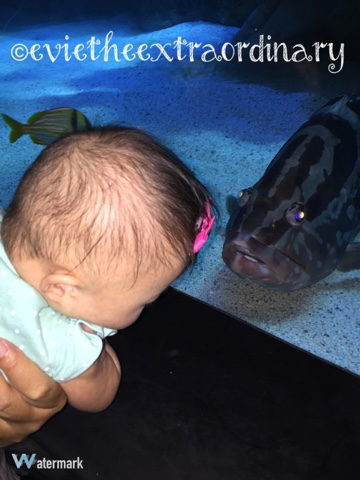 She did like the top of the water tank. Hello, giant turtle! 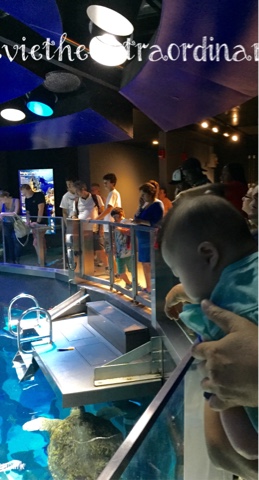 All in all, a successful first trip to the aquarium, even if Evie did not automatically fall in love with penguins as Mommy had hoped!

Until next time, jellyfish! 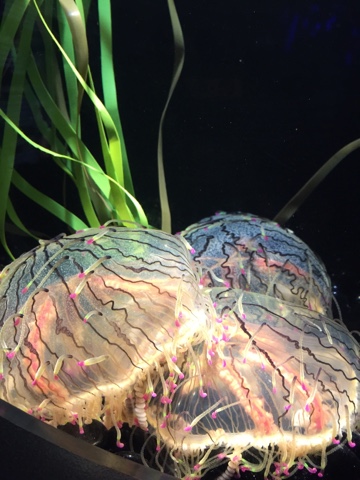