July 15, 2019
Hi Evie fans!  I see some favorite things being featured on Amazon Prime Day (July 15-16), so I thought I'd share them. I'll keep adding as deals get released the next couple days! 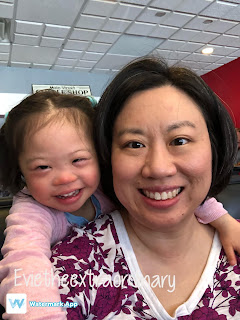 EVIE's RECS:
Tegu Blocks: Evie got these when she was quite young, and as she ages, she appreciates the Tegu Blocks more and more.  They have a satisfying magnetic click, come in different shapes and sizes and colors, and they build fine motor skills!


This isn't exactly on super sale, but we love it so much, that I wanted to share it anyway. Peppa's house has lights and sounds as well. You can turn off the sounds once you get annoyed (it took me about a week to get annoyed).

I just bought Connect 4 for Evie today because she has shown so much interest in this game after watching Blippi play it on Youtube.  If you want to be the most awesome house there is, you can buy the lawn version of Connect 4 and we will spend all day with you!
The regular version is on sale for $8.39!


Evie loves her dot markers!  She's still not great at exerting enough pressure on the markers to make too much of a mark, but with dot markers, she's able to make more of a statement on paper.


20% off of these supportive toddler chairs!  They remind me of a Rifton chair without the saddle part.


Evie recommends all play kitchens!  If I had seen this, I might have gotten it instead of our IKEA kitchen! Only $47.70 right now!

I bought these reusable snack bags for much more at Anthropologie.  I've been using my pink snack bag for a couple weeks now, and I really enjoy them.  They are dishwasher and microwave safe too! The Clear ones are still available last time I checked!


This home air purifier is $49.49 on sale!   I have two of these, and am tempted to get another just for the price.  It has made a difference in Evie waking up with a sniffly nose. During allergy season (which has been especially bad in Boston), this has been well worth it.

And the gadget we have in many rooms of the house--the Echo dot.  Evie loves to listen to music, and we love knowing the weather. You can even use it as an intercom.   Usually $50, then marked down to $24.99, now ringing up at only $20!