The Diagnosis: An extra chromosome

February 28, 2015
On the day we found out we were pregnant, we were cautiously ecstatic.  With every week, it became harder and harder not to talk about it. By 8 weeks, we had told our family and some close friends.  It was such a time of joy and thankfulness. At 10 weeks, I excitedly went in for my first OB/GYN appointment.  Because I was of a certain age, I was offered an advanced blood test for chromosomal defects.  I hadn’t thought about this much, but since I wanted the best for my pregnancy, and because insurance covered it, I agreed to take the blood test.


A few days later, I received a voicemail from my OB. Her tone of voice was the kind of tone you never want to hear from your doctor when they ask you to call them back.  When I finally talked to her, she told me that the new blood test had come back positive for Trisomy 21, otherwise known as Down Syndrome.


She said that because this was a new test of placental DNA, it was known to be 99% accurate, but it was still a screening.  She told me our options, and was extremely compassionate as I took it in.  When we hung up, I thought my world had come crashing down.  I asked God why He would let this happen to us when we had already been through so much to get pregnant.  I barely got the words out of my mouth when I called my husband.  He came home early, and we just grieved together.  We didn’t know much about Downs at the time, but we knew it would change our lives. Just to tell you a little about Trisomy 21. It happens from the beginning during cell division when the 21st chromosome gets an extra copy, and the baby has 47 chromosomes instead of 46.  1 out of 660 babies have Trisomy 21, which manifests as Down Syndrome. These babies develop physically and mentally at a slower rate than other babies.  We vaguely knew this, and were just devastated.  I remembered that the day I took the blood test, there was a young man with Down Syndrome who came into the lab’s waiting room to say hi to everyone. He was obviously a regular there, and made everyone around him smile.  I remember thinking how nice that was, and at the same time asking God to please let our child be healthy.  As I look back, maybe I was being prepared for something different than my expectations.  Part of me wasn’t surprised at the new development.

That evening, our pastor graciously came over late in the evening to talk with us.  When he heard our story, we thought he would pray with us that the baby would be normal. But he said something unexpected.


He said that most couples who came to him with the same issue ended up not having a child with Downs.  But that if we did have a child with Downs, we would be in for something extraordinary.  He said he knew that we expected him to pray for the test not to be true, but he almost wished for something more for us--something (or someone) extraordinary in which God would do something more special than we had imagined.   We also talked about how wonderful kids with Downs are, and how no matter what, this was our baby first, and anything else was secondary.  We were really comforted and challenged to think about this unexpected diagnosis as a gift, and not a tremendous sadness.


As we researched and processed, it was apparent that with the old standard test for Trisomy 21, many people had false positives, and ended up having normal, healthy babies.  We grew in hope that the screening test was wrong.  I had decided not to have an amniocentesis because I had been through so much, and because I couldn’t imagine terminating our baby no matter what the diagnosis.  The Bible verse that kept going through my head was:

17 Every good and perfect gift is from above, coming down from the Father of the heavenly lights, who does not change like shifting shadows.”


We truly believed that we had prayed so hard for a baby, and that whatever gift God gave us was His good and perfect gift just for us.  Despite this unexpected diagnosis, Erick and I firmly believed that this was our baby, and we would get through this together and with God’s help.
When asked several times about the option of termination, we firmly told the doctors that this was our baby and that termination was not an option.  The test also told us something else--that this baby was a girl.   Just knowing that made me love her even more.

Fast forward to 20 weeks.  The unknowns of whether or not the test was accurate started to weigh on us, and we had an amniocentesis done.  We wanted to be able to prepare ourselves and prepare our families if we needed to.  When the fetal DNA tested positive for Trisomy 21, we were able to move forward with preparing for our baby girl.  I started to read everything I could about Down Syndrome.  I read so many stories about people with Down Syndrome who have gone on to become actors, musicians, athletes, lobbyists, PhD’s, and overall just people who bring joy to those around them.


Even while we were struggling with processing everything, I could still see God in the details.  I knew that someone at work had a child with Down Syndrome.  As I shared with her what we were going through, she became my cheerleader at work, and shared everything she could with me about what she had learned with her now 9-year-old daughter with DS 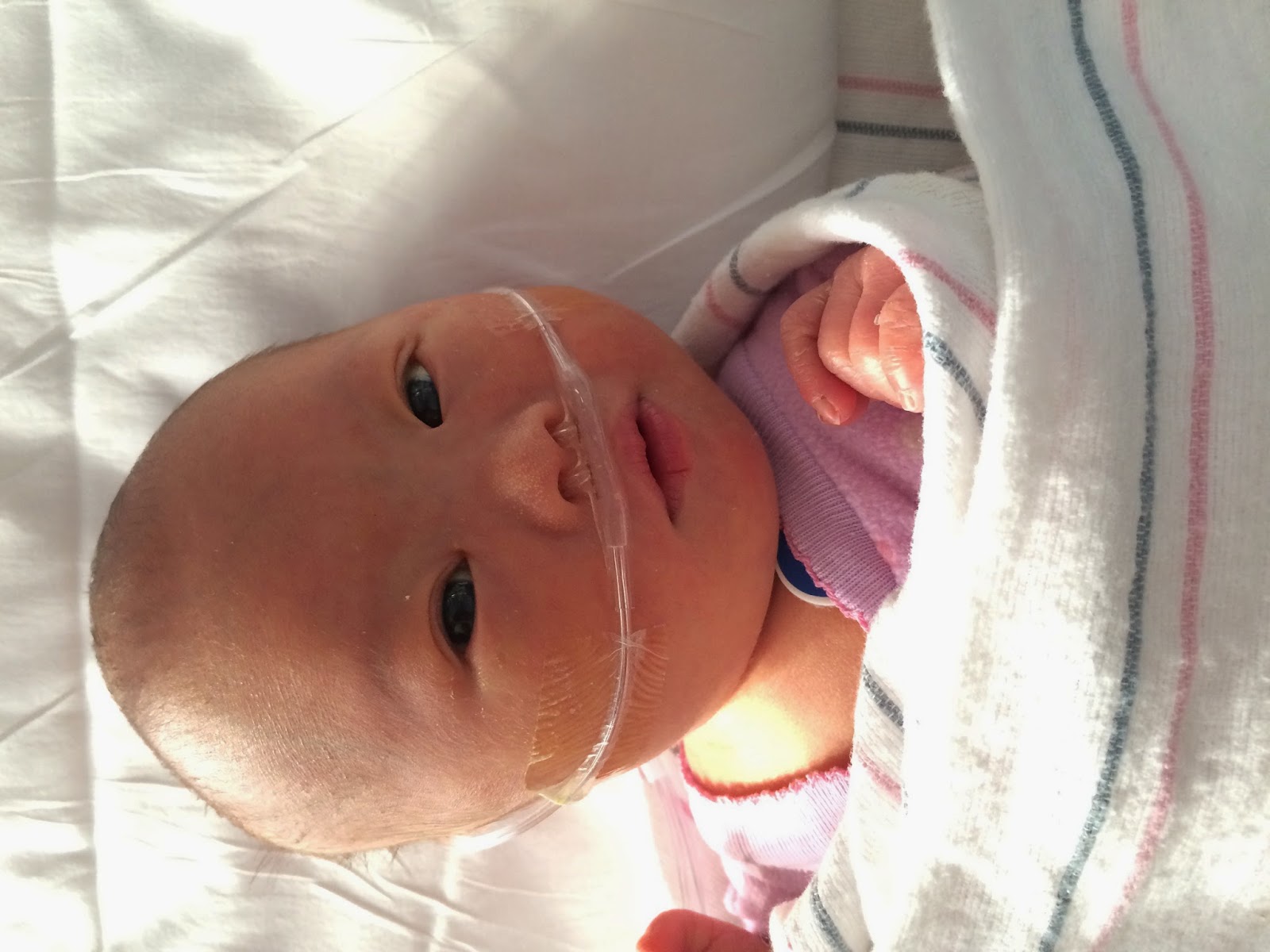 .  When we went to meet the Director of the Down Syndrome program at Boston Children’s, I found out the secretary had already put in a good word about us with the Director, and we felt so taken care of.  When we emerged from our appointment at Boston Children’s, we were reassured in knowing that there is a team of doctors, therapists, and specialists ready to help us with our baby as soon as she is born, and will continue to help us through adulthood.

No matter what, she is our perfect gift. We have named her Evangeline, which means “Good news.”  To us, she is the best news, and we hope that she will be a reminder of God’s love for us wherever she goes, and that she would spread joy to all those who meet her.


I believe completely that just as God created us and loves each one of us so much, that He shaped and formed Evangeline in my womb, and that He loves her more than I or Erick ever can.  I am also reassured that God loves ME so much.  If He would send His only Son to die for me to save me from my sins and to restore me to a personal relationship with Him, then of course He will be with us through raising Evangeline, and He will provide for our needs.  He wants us to continue to trust Him and has in turn entrusted me and Erick with a special and extraordinary little person, who will bless us a thousand times over.


I am not underestimating how much work it will be to raise our daughter. It’s hard work to raise ANY daughter, not to mention one with special needs.  But Pastor Dave also pointed out something else--we have a community of friends and family who love us and already love our daughter.


What has been most helpful to us throughout this process of going from devastation to joy is the response of our friends and family, who instead of saying, “I’m so sorry,” they tell me how beautiful she is, and how they already love her. We have been showered with love (and food) and people genuinely caring how we are doing.  Our friends' kids are excited and waiting to play with her.

I look at my daughter and am sometimes overwhelmed by all the visits to specialists that she has, and worry that she will have more health issues than she already has.  But I am also learning to entrust her to God's care, since He was the one who gave us this gift.  Mostly I just stare at her in awe that we have a little girl who is so beautiful and so feisty. 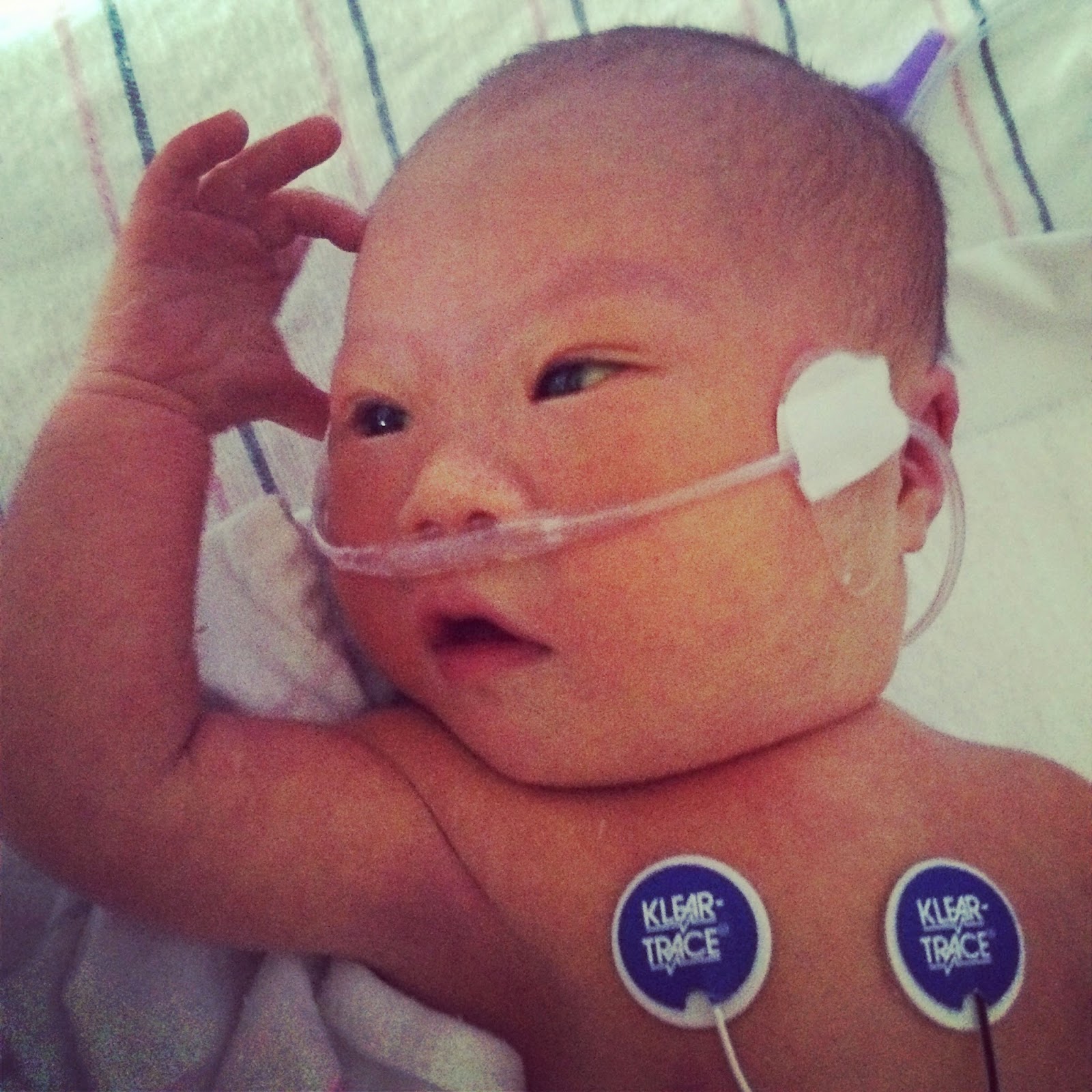