Today we woke up an hour earlier than usual to make sure Evie was hungry and tired.  We drove to Childrens Hospital Lexington and I kept tickling her to try to keep her awake.  I failed--she started dozing off even with Mommy singing the Itsy Bitsy Spider in her face.

Back when Evie was in the NICU, we were told she failed the hearing screening twice.  I was sad that there was yet another thing that she had to go through (and to go to a specialist for).  Today, the audiologist took us in to a tiny room that looked like a bank vault, and we settled in to do a full hearing evaluation.  Evie's previous 2 evaluations had been pretty inconclusive (and thus "screening fails") because her ear canals were too small and her snoring interfered with the tests.  (Thankfully she doesn't snore like a tugboat anymore!)


In the last few months, I've become darn sure that she could hear everything because I had to walk around like a ninja to avoid disturbing her naps.  But when someone tells you that your baby failed a screening, there's always a tiny doubt in the back of your mind that maybe there's still something wrong.

Right when we were supposed to settle down in the rocking chair in the sound proof bank vault, Evie perked up and started look around. It took awhile to settle her down, and then she refused to sleep in the position we needed her in for the several electrodes and ear probe.  Mommy was afraid to move in case Evie woke up.

2 hours later, when my arms were sore and my back hurt, I heard the magic words--"Her hearing is normal."  SO thankful for a normal test!  I hope we have more of these normal tests in the next few months!!

And now...I'd better tiptoe my way over to the kitchen for a snack. 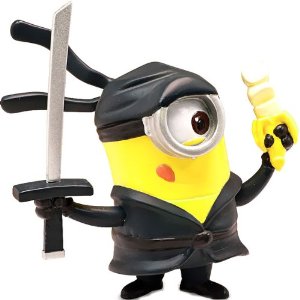 at May 15, 2015
Email ThisBlogThis!Share to TwitterShare to FacebookShare to Pinterest

Hi all!  This is Evie, and I want to share with you about my favorite masks. Mommy tried a few different types, and this is the one that I ...