March 31, 2015
I bet the title got your attention.  When Evie was still in the NICU, we were offered the option of Sildenafil, otherwise known as Viagra, for helping Evie's pulmonary hypertension.  Basically the tiny dose of Sildenafil would help to dilate the vessels to help the oxygen saturation in her blood. (I think.)

The other option was oxygen, not because she can't breathe, but because it helps her oxygen saturation levels (i.e. amt of oxygen in her blood) get closer to 100%.  It was tempting to choose Viagra because then we could take pictures without an oxygen cannula in the way.  But Viagra is still a medication, while oxygen is something more benign.  God knows that Evie is already on enough medications.  We were leaning towards sildenafil, but then the most well known Pulmonary specialist at the hospital was on duty in the NICU the one night we were at Boston Childrens for her G-tube surgery.  After talking with him and then our cardiologist again, oxygen was the winner.

So here we are with oxygen tanks all over our living room, and a No Smoking sign on our front door.

Something that took me a couple MONTHS to figure out was that I could use the smaller regulator on Ollie the oxygen tank.  When we go out to the hospital, we take the D size tank because it lasts for 1-2 days, whereas the smaller B tank lasts only 1-2 hours. I think the D tank weighs at least 10-15 lbs.  Now look at the regulators below and tell me which one you'd rather carry on your back in addition to the oxygen tank.  I thought so. 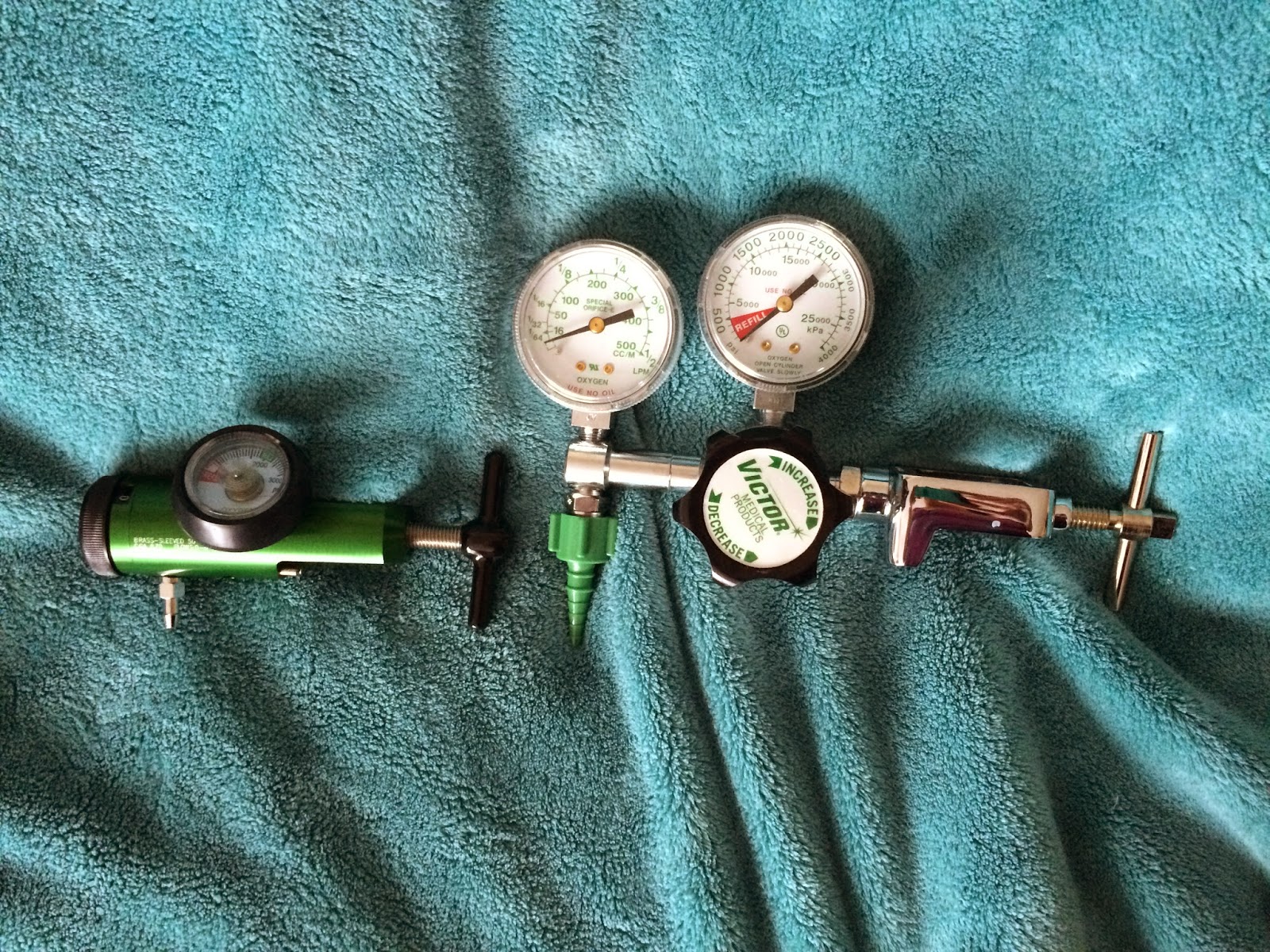 I feel dumb for taking that long to switch them out. Thanks, oxygen training man, for using the heavy duty regulator when you taught me, so that I thought you had to use that.

I also had no idea there were 14 foot and 25 foot extension tubings for the longest time.  I think we spent a week sitting just on the couch in the living room with about a 10 foot "leash."  With the 25 foot tubing, we can actually leave the living room and go into the kitchen!! 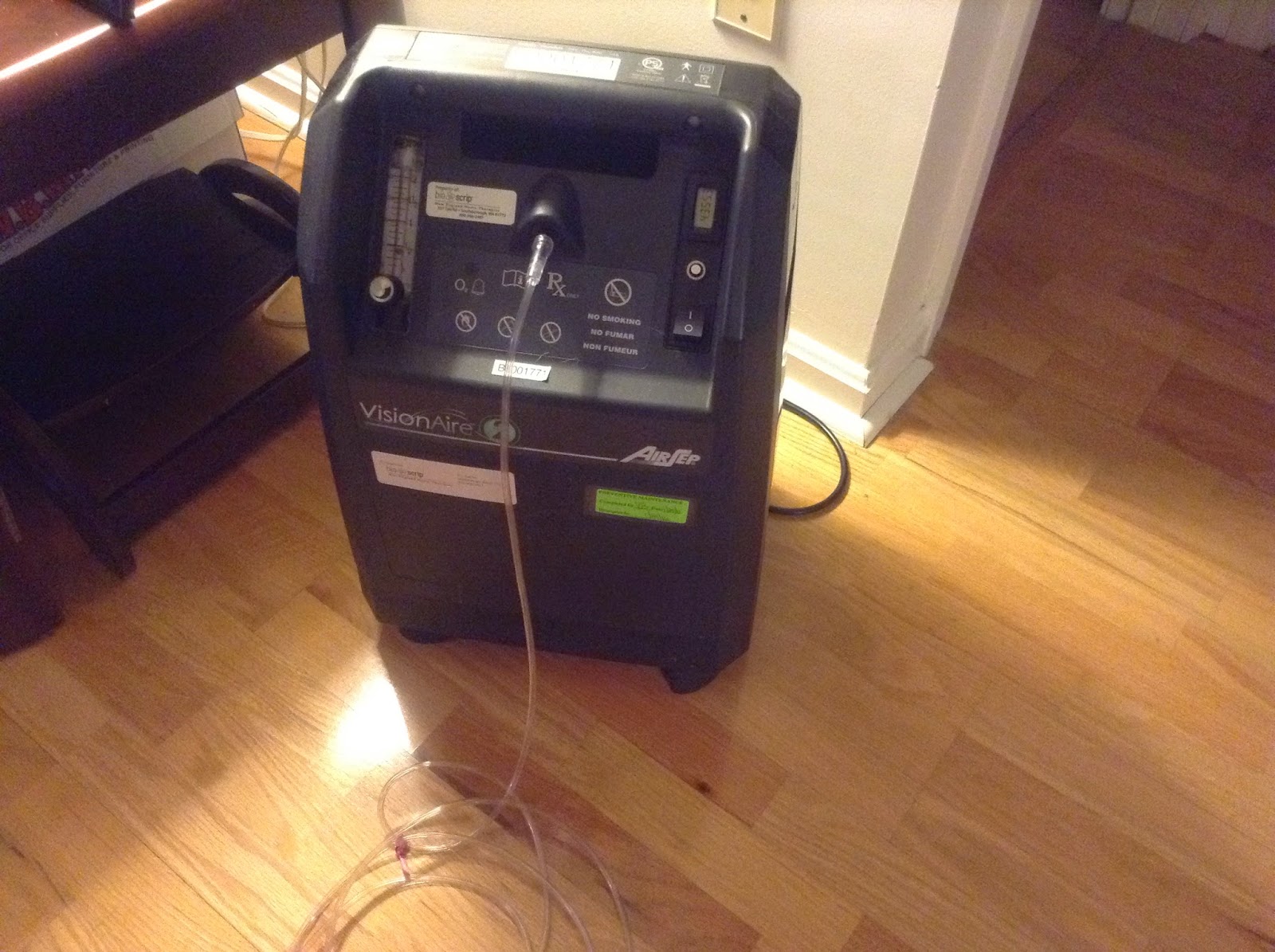 This oxygen condenser goes with us into the bedroom when we go to sleep.  It's on wheels, which is a good thing, because it's really heavy.  Probably about 2 1/2 times heavier than a D size oxygen tank. That is Erick's job to move it.   I can't wait for the day when she is oxygen-free and we can roam freely in the house, and I can check the mail without hooking her up to an oxygen tank and using the stroller to carry it. Hopefully after she has heart surgery in a few months!