June 09, 2015
Last night, I woke up every 2 hours because I was afraid Evie was spitting up because she kept making gagging noises in her sleep ( lots of phlegm still). At 1:30 am I told the nurse that her oxygen levels were drifting. The nurse said, "that's because she's off oxygen." I said ok, and went back to sleep, knowing that they were seeing how she was doing in room air.
In the morning, the nurse announced we were taking off her oxygen tube. I did a double take and had to ask her to repeat herself.  She said that Evie had been breathing well on her own all night.  This is not only amazing in its own right, but also because the surgeon (let's just call him Dr. Awesome) had thought we might even have to still go home on oxygen.  Today, Dr. Awesome was surprised too!  She still needs to improve her oxygen saturation levels even more, but it's looking good!
This is Evie the moment she got the oxygen tube off her face. The tape holding it on was huge, so I don't blame her for crying when it came off. 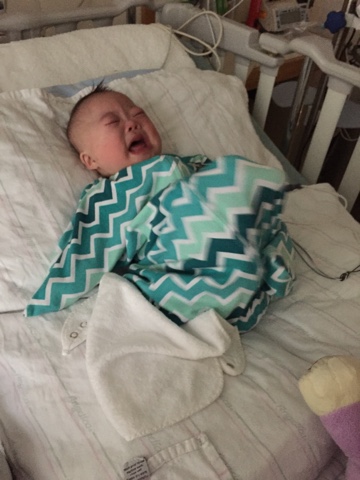 It's funny how I prayed for her surgery and recovery to go so smoothly that we would be surprised. But then when it actually happened and God answered all of our prayers, I was surprised and now feel sheepish about my surprise.   After all, I did tell Dr. Awesome that we were praying for his hands to be steady.  And he made an incision that a cardiac ICU nurse later said was the best she had ever seen.  Dr. Awesome and both of our cardiologists warned us that we might have to go home on oxygen and wean her off. But God answered our prayers and surprised them all.
I walked around the room and down the hallways with just my baby and me. No Ollie the oxygen tank and a big plastic tube in her nose.  It still gives me a thrill to walk wherever I want with my baby in my arms. 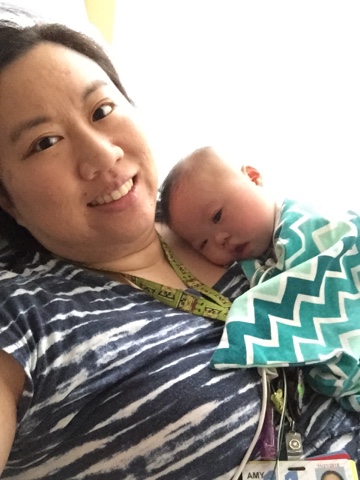 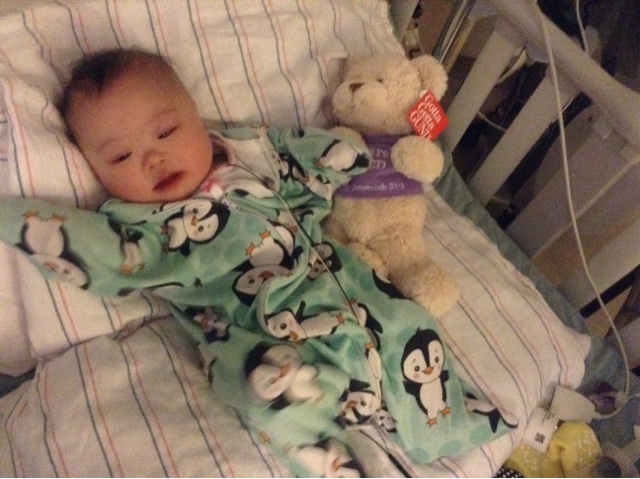 We are asking God for more surprise answers to prayer because Evie has forgotten how to suck from a bottle since the surgery. We were warned this would probably happen, so it's not unexpected. It could be a long road ahead to teach her how to eat completely by mouth and not by g-tube.  If that is the case, teaching someone to care for her would be more difficult.  The feeding team at Boston Childrens will be helping to assess when we should re-test her ability to swallow liquids without getting any into her lungs. So if you are the praying type, thank you for praying for this too--it would really be a miracle to have her re-learn quickly how to eat by mouth and without aspirating.
Most of all, thank you for celebrating with us about this huge victory with her oxygen levels!  PACK YOUR BAGS, Ollie the oxygen tank! 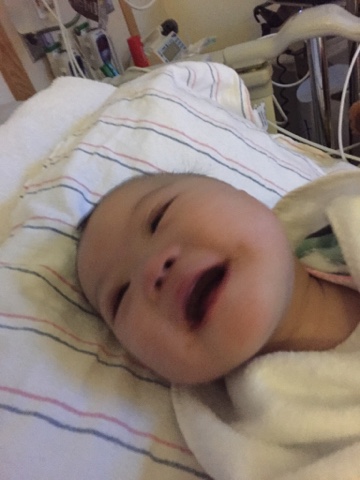